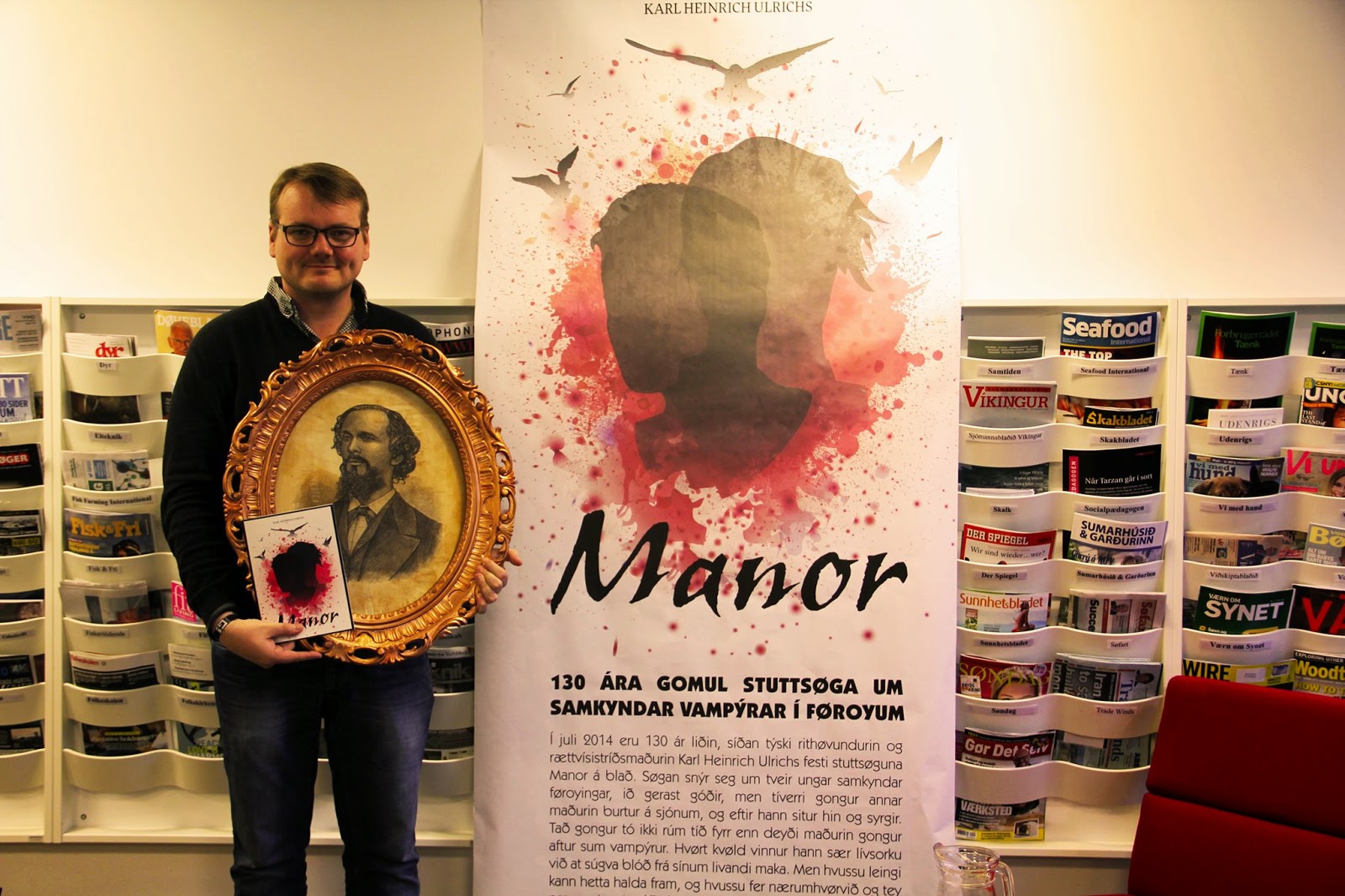 This week, we talk about "Manor." It's a short story written 130 years ago and set in the Faroe Islands. The author, Karl Heinrich Ulrichs, was German and never traveled to the Faroes, but his story was rediscovered by two of our favorite Faroese people (Birgir Kruse and Eiler Fagraklett, to be exact) and translated into Faroese for the first time.

We'll visit the release event for the book, talk about the gay themes in the book, and learn more about "Manor's" author, who is considered by many to be the world's first gay rights activist.

As always, you can listen on iTunes, on the media player at the top of this page, or on Stitcher Smart Radio. You can also download the show directly here:  http://traffic.libsyn.com/faroepodcast/Podcast_229.mp3

This week, a tribute to Jennifer Henke. She was one of our first guests on this podcast back in 2009, and has appeared on the show many times since. In 2010, she wrote a book about her experiences in the Faroe Islands, and the search for her father's family.

This week's show features highlights from her appearances on this show, and some stories of our experiences with her as well.

As always, you can listen to the show in iTunes, on our media player at the top of the page, or on Stitcher Smart Radio.

You can also download the show directly here:  http://traffic.libsyn.com/faroepodcast/Podcast_228.mp3
Posted by Workman at 1:59 AM

This week, we bring you a debate between Hans Hermansen, a vocal proponent of Faroese whaling, and Pete Bethune, a conservationist and animal rights activist from New Zealand. The debate aired live on Ras 2 and is moderated by our own Heri Simonsen.

While the podcast maintains a resolutely neutral editorial stance on Faroese whaling, we encourage honest debate on the subject.

Heri set up this debate to give people on both sides of the issue to put forward their ideas in a forum less heated than, say, a street corner Q&A session. Both Hans and Pete were given the questions ahead of time, and people listening on Ras 2 could send in questions via text message.

You can listen to the debate on our media player at the top of the page, on iTunes, or on Stitcher Smart Radio. Or you can download the show directly here: http://traffic.libsyn.com/faroepodcast/Podcast_227.mp3
Posted by Workman at 10:10 PM


This week, we sample the music from day two of this year's G! Festival. It includes an intimate performance by Eivor, an innovative set by avant-rockers ORKA, and the day ends with an excursion to steal food from the grandma of the most famous singers in the Faroe Islands.

As always, you can listen on our media player at the top of the page, on iTunes, and on Stitcher Smart Radio. You can also download the show directly here: http://traffic.libsyn.com/faroepodcast/Podcast_226.mp3

In this week's show, we talk about the HOYMA festival the G! Festival people will be staging on November 1st. To learn more about that, you can check out the G! Festival website.
Posted by Workman at 10:27 PM 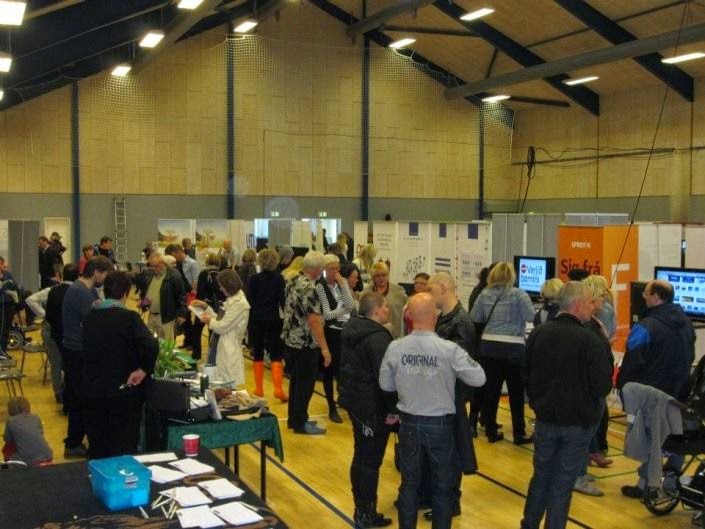