An image from a New Year's celebration on Sudroy. Those small lights going up the hill are candles. Looks spectacular. 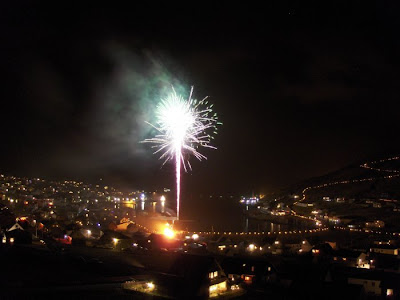 Across the Faroe Islands, when the clock strikes midnight on New Year's, municipalities and private citizens light off fireworks to light up the night sky. Here's a little of what it looked like last year. Gott nýggjár!

A fun 360 degree panorama of Torshavn at Christmas:

Torshavn Christmas in Faroe Islands
Posted by Workman at 1:38 AM

While doing an interview for a future podcast today, we ended up talking about Christmas on the Faroe Islands. So we'll release that portion of the interview as its own little podcast, and the rest of the interview will appear in a podcast early next year.

You can listen on iTunes or download the podcast directly here:
http://media.libsyn.com/media/faroepodcast/Christmas_bonus.mp3

(Note: This podcast will not be on the audio player above... for reasons much too boring to explain here.)
Posted by Workman at 10:11 PM

Podcast 34: It's All About the Advertising

On this podcast, we talk to the president of Kovboy Film and ask him about advertising on the Faroe Islands and a series of short films he's producing. We also preview some new music from a member of the podcast team and take a trip to the spiritual capital of the Faroes.

As always, you can listen on iTunes or download the show directly here:
http://media.libsyn.com/media/faroepodcast/Podcast_34.mp3

There will be a delay in updating the audio player for this episode. We'll take down this notice when the new podcast is available for listening here.

Links from this week's podcast.

Images of the new education center being built in Torshavn:
http://www.bustler.net/index.php/article/big_and_fuglark_to_design_faroe_islands_education_center/
Watch the movie "Burden"
http://www.dvoted.net/index.php?option=com_content&task=view&id=5060&Itemid=5001&play=1

Sample Elin Heinesen's music:
http://www.heinesen.fo/fljod/
Posted by Workman at 1:59 AM

A long way down

This week we interview the head of Kovboy Films. He has produced a series of videos about the Faroe Islands. In our conversation he mentions this video as one of his favorites. It's not hard to see why: 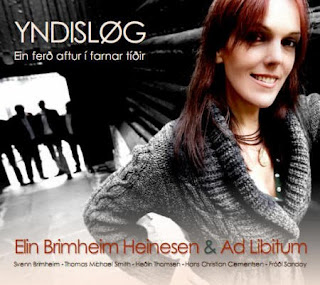 It's late at night on a Thursday and everyone has been enjoying an evening of good food and conversation. The host for the evening is Elin Heinesen. Around 2 in the morning, Elin picks up a guitar and starts to sing. Before coming to the Faroe Islands, I already knew Elin was an accomplished singer and musician. But to hear that voice in person... well... I'm not sure I was fully prepared for it. It's a voice that's clear and haunting and utterly enchanting. That short, impromptu concert was among the highlights of that trip.

Now I've received word that Elin, who's also an important member of our podcast team, is putting out an album early next year. The CD won't hit the shelves until January 15th, but you can go to this website, listen to some samples, and even place an advance order if you wish. I highly recommend it.

Listen to a sample, close your eyes, and you can almost imagine what it was like to be in that room on that special night.
Posted by Workman at 10:13 AM 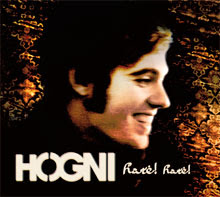 Podcast 33: Summer music... in the winter

This time out, we wrap up the scene at the Summer Festival in Klaksvik. Producer Tollak Hansen speakw with Páll Finnur Páll and Frændur about being musicians on the Faroes and why both bands chose to write only in Faroese. As always, you can listen on iTunes or download us directly here:
http://media.libsyn.com/media/faroepodcast/Podcast_33.mp3

Note: There may be some delay in updating the media player this week. We'll remove this note when the player has been updated.

Links from this week's podcast:

As for the Frændur song, you can see and hear it in the post directly below this one.
Posted by Workman at 2:02 AM

In our next podcast, we'll talk to a two musical acts, including Frændur. To get you in the mood, enjoy this home video taken at a recent performance at Hvonn. Be warned: this song is insanely catchy.