On this week's show, we speak with Janus Rasmussen of Kiasmos. The electronic duo has been touring the world for much of 2015 and we were able to catch up with him during a stopover in Portland, Oregon.

As always, you can listen on iTunes, on our media player at the top of the page, or you can download the show directly here.

Also, if you're interested in traveling with us to the Faroe Islands next summer, check out the Nordic Obsession Tour webpage.
Posted by Workman at 10:40 PM 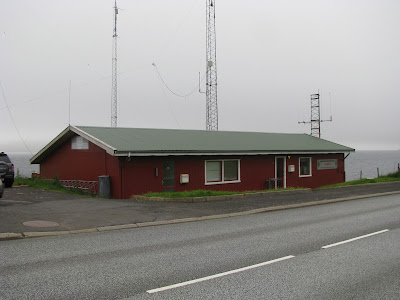 For many years, the host of this podcast has driven past this rather nondescript building and wondered, "What's going on in there." This week, we find out.

On the show, we spend time with some Faroese hams, and an American who started a company that offers remote services to ham radio operators. And for those of you who say there's not enough Morse code on these podcasts, your prayers are answered.

As always, you can listen on iTunes, on our media player, and on Stitcher Smart Radio. You can also download the show directly here.

Note: Early registration has begun for next year's Nordic Obsession Tour. If you register before the end of the year, you can save $250 off your deposit. To learn more, go to the Nordic Obsession website.
Posted by Workman at 12:07 PM