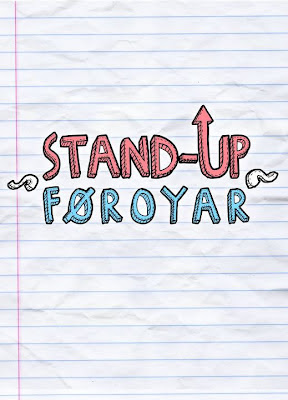 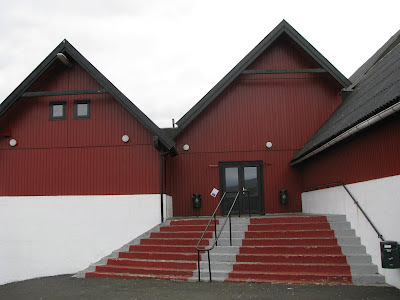 On this week's show, we update listeners on some ongoing news stories, and stand outside a building that used to be a movie theater.
As always, you can listen on iTunes, on our media player above, or you can download the show directly here:
http://traffic.libsyn.com/faroepodcast/Podcast_128.mp3 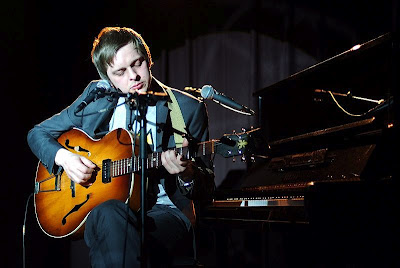 On this week's show, an exclusive interview with Teitur. He's touring North America for the first time in a couple of years, and we caught up with him during his stop in Portland, Oregon.
As always you can listen on iTunes, on our media player above, or you can download the show directly here:
http://traffic.libsyn.com/faroepodcast/Podcast_127.mp3
Teitur is playing in 22 cities in the US and Canada over the next few weeks. Click on this link right here to see if he's playing near you.
(Photo credit: Arne List)
Posted by Faroe Islands Podcast at 10:57 PM

Podcast 126: That Other Football 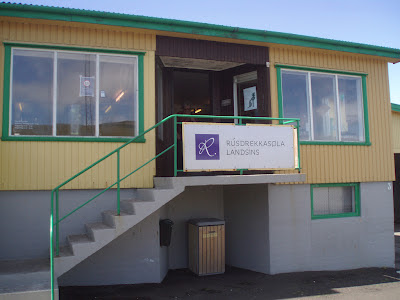 This week, we talk to fans of NFL football in the Faroe Islands. Believe it or not, there will actually be a large scale Super Bowl party in the Faroes this year. We'll talk to the founder of Facebook's "NFL Faroe Islands" page about the small but growing fan base for the "exotic" sport.
Then we'll head to the alcohol store (pictured above... ok, that's a picture of a liquor store in the Faroe Islands. The one we went to in Torshavn was larger and generally nicer.)
As always, you can listen on iTunes, on our media player above, or you can download the show directly below:
http://traffic.libsyn.com/faroepodcast/Podcast_126.mp3
Posted by Faroe Islands Podcast at 2:51 PM