Podcast 193: Back to the Haunted Tunnel 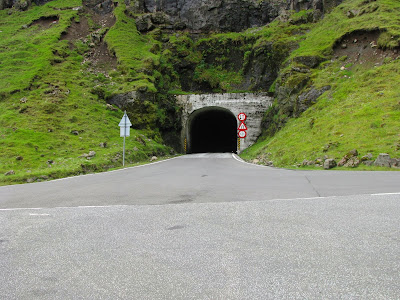 It's becoming something of a Halloween tradition here. Time to break out our spooky recording taken in the tunnels north of Klaksvik. What was supposed to be a routine recording turned into something far more frightening as screams could be heard throughout the tunnel despite the fact nobody else was there.

Ghosts? Who knows? But the sounds are scary just the same. We'll revisit our famous trip to the tunnels in 2010, then return three years later to see if the ghosts are interested in a repeat performance.

As always, you can listen on iTunes, our media player at the top of this page, on Stitcher Smart Radio, and on the No Agenda Live Stream. Or you can download the show directly here:
http://traffic.libsyn.com/faroepodcast/Podcast_193.mp3

And if you're feeling extra brave, you can listed to the unedited audio of our first trip to the tunnels here.
Posted by Faroe Islands Podcast at 12:35 AM

But the story isn't that straightforward. Because of global warming and other factors, fish populations in the North Atlantic have moved since the last time fish stocks were allocated. Furthermore, the EU has imposed sanctions on the Faroe Islands even though the Faroes aren't members of the EU and the fish populations in question aren't found in significant numbers in EU waters.

So how to make sense of this tangle of politics, biology, and climate science? Hopefully, this week's show can help out a little bit. We're talking to Kate Sanderson, she's the head of the Faroe Islands Mission to the European Union and once headed the Faroese ministry that regulated that country's fishing fleet. She'll talk about the relationship between the Faroe Islands and the European Union, and about the current dispute. We'll also hear from a British MP Alistair Carmichael, who believes the Faroe Islands is squandering it's reputation of good fisheries management.

You can listen to this week's show on our media player above, on iTunes, on Stitcher Smart Radio, or on the No Agenda Live Stream. You can also download the show directly here:
http://traffic.libsyn.com/faroepodcast/Podcast_192.mp3

And we've got an online extra for this show. You can listen to an extended interview with Bjorn Kunoy. He's a doctor of international law and one of the lead negotiators for the Faroe Islands in this dispute. In this interview, Kunoy relates the history of the disagreement between the Faroes and the EU, and gives some of the legal arguments against the EU's actions. You can listen to the whole interview here. (Note: the audio quality on portions of this interview is not optimal... to put it politely.)
Posted by Faroe Islands Podcast at 11:17 AM 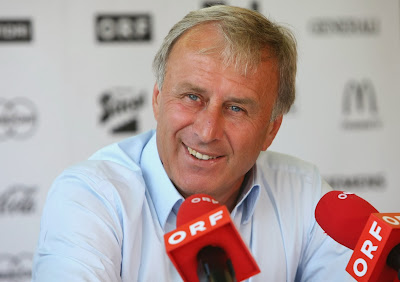 In honor of the Faroe Islands National Team playing Austria in a World Cup qualifier, we've got a special show. Heri Simonsen interviews Josef Hickersberger. He was the coach of the Austrian men's team when that team fell to the Faroe Islands in 1990.

Despite having his name forever tied to the Faroe Islands, he's never visited the Faroes until now. He's helping announce the game for Austrian television. Heri catches up with Josef and asks him about that fateful game 23 years ago and his impressions of the Faroe Islands now.

As always, you can listen on our media player at the top of the page, on iTunes, on Stitcher Smart Radio, or on the No Agenda Live Stream. Or you can download the show directly here:
http://traffic.libsyn.com/faroepodcast/Podcast_191.mp3
Posted by Workman at 1:01 AM 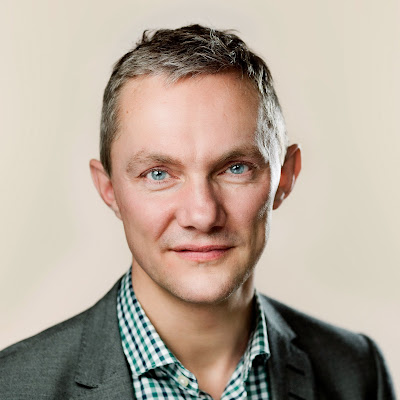 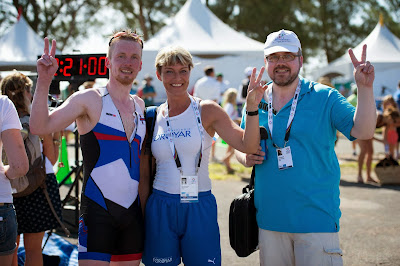 This week, more coverage of the Island Games from Bermuda. Our good friend Heri Simonsen (pictured, right) talks to sports officials from Jersey, which will host the next Island Games in 2015. We'll also pay tribute to the members of the Faroese delegation who were killed on their way home from the Island Games.

As always, you can listen on our media player, on iTunes, on Stitcher Smart Radio, or on the No Agenda Live Stream. Or you can download the show directly here:
http://traffic.libsyn.com/faroepodcast/Podcast_189.mp3
Posted by Workman at 8:46 PM