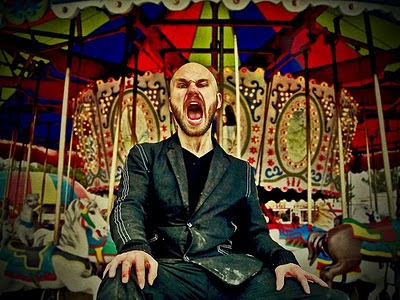 This week, more from this summer's G! Festival. We'll here some live music from Marius and Hogni, then and interview and performance from Budam (pictured above).
Marius and Hogni will be familiar to longtime listeners of the show, but this is Budam's first appearance on this podcast. He makes music that he calls "dramatic folk rock influenced by jazz... and things". You really just need to hear it. And you're in luck. This show contains a full song recorded during a private performance in July, and a little from Budam's live set at the G! Festival last July.
Also, if you scroll down to the previous post, we've got a bonus track from that performance.
As for the podcast itself, you can listen on iTunes, on our media player above, or download the show directly here:
http://traffic.libsyn.com/faroepodcast/Podcast_109.mp3
Posted by Faroe Islands Podcast at 12:14 PM